A short trip to Seoul, Korea again for Shinhwa’s WE Concert. Didn’t go that many places this time as I spent half day queuing for Shinhwa concert merchandises and another day for their concert. It was my 4th time visiting Korea, my third for a concert and my second for Shinhwa’s concert. See below for my previous trips:
2011 October: Hallyu Dream Concert, Gyeongju, Everland, Seoul
2012 March: Shinhwa Concert, Seoul
2012 June: Jeju, Seoraksan, Everland, Seoul

“Yonsei University is one of most prestigious universities in Korea and has one of the most beautiful campuses in Seoul. The abundance of trees, the ivy covered European-like buildings, and Cheongsongdae, a romantic walking path for couples, are particularly famous. Many foreign students study in the Korean Language Institute, which was established in 1969.”
Extracted from VisitKorea 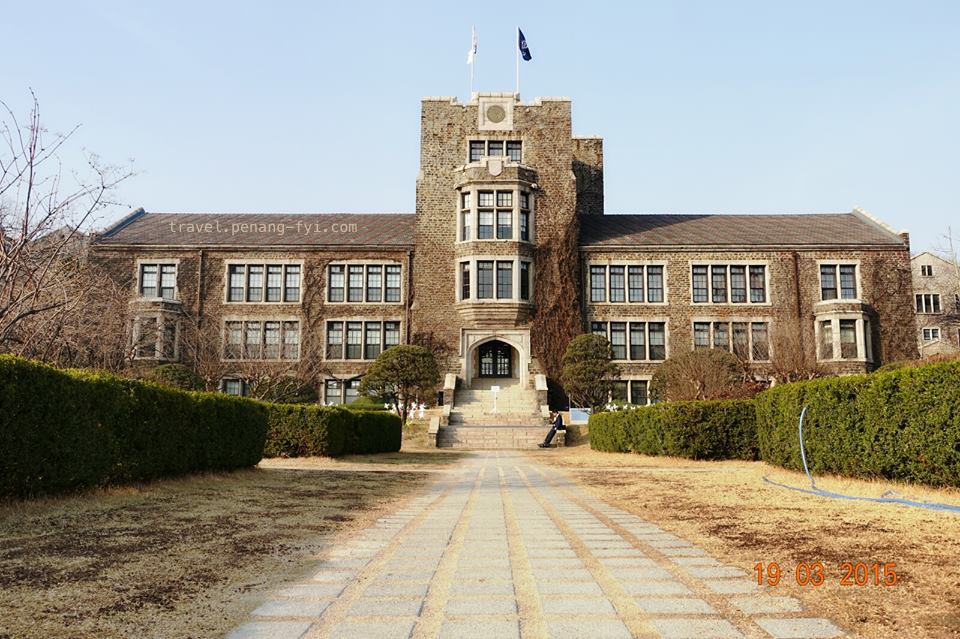 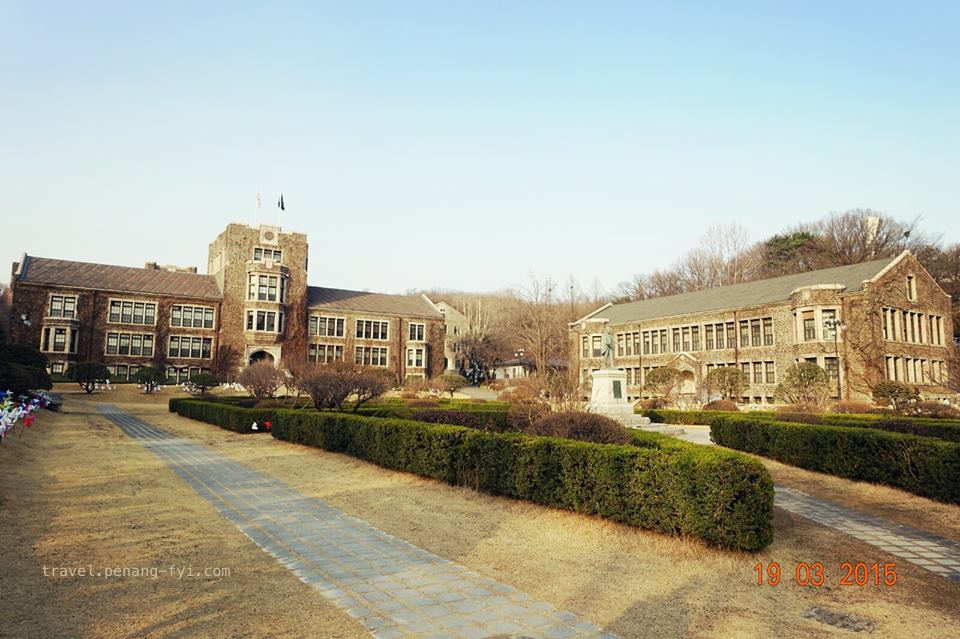 “The Ewha Womans University area is one of the most popular shopping districts in Seoul. Clothing stores in the area sell affordable and stylish fashions for young people. Restaurants in the area cater to the tastes of young women, and many international dining chains have branches here. As well as the main street leading to the school, many of the alleyways are worth visiting. They are filled with accessory shops, small clothing boutiques, shoe shops, cafes, and hair salons.”
Extracted from VisitKorea 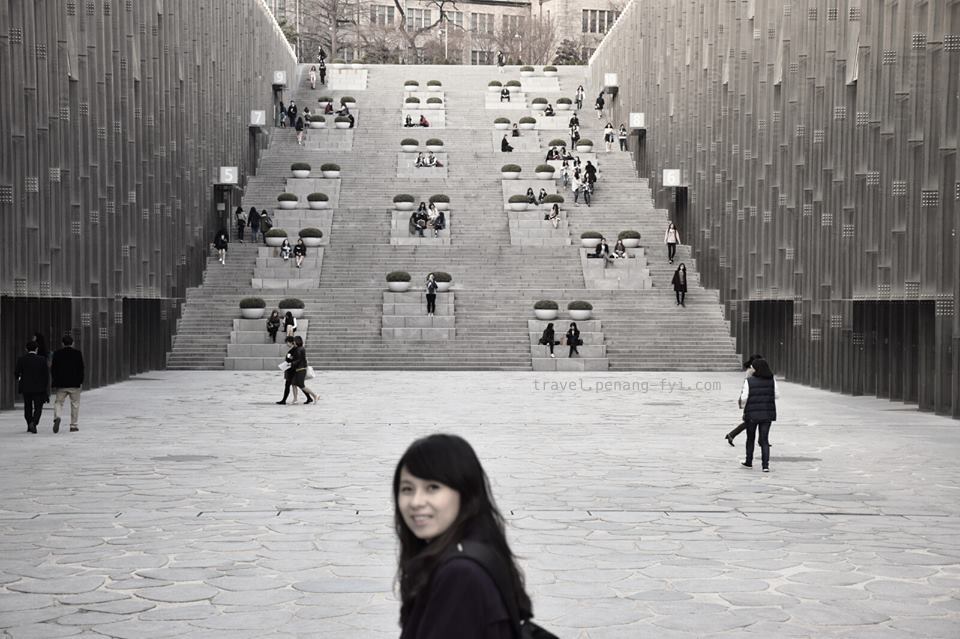 The architectural here was so photographable!

Ewha Womans University is just next to Yonsei University. So take the opportunity to visit both on the same day! 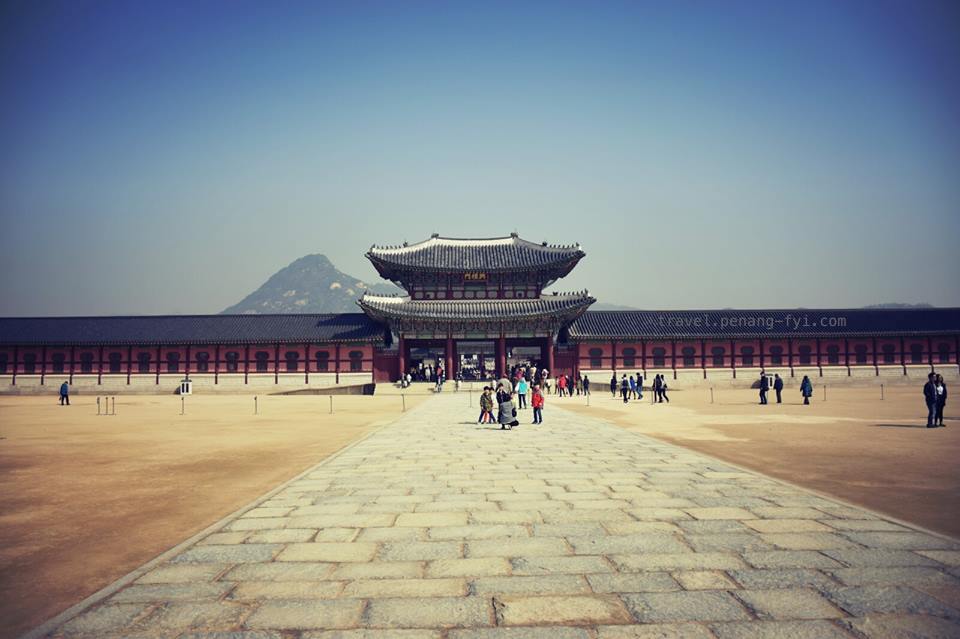 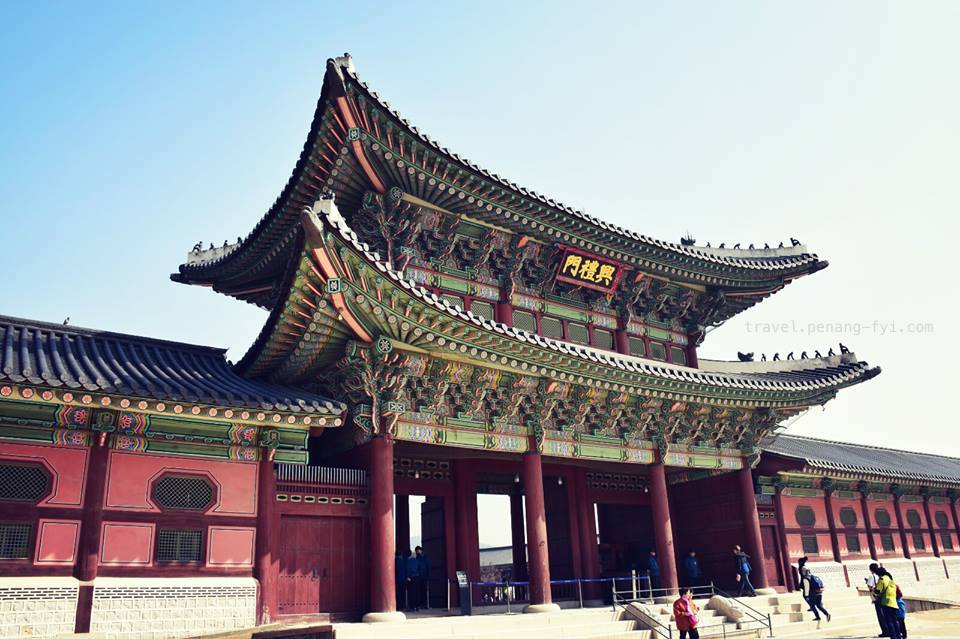 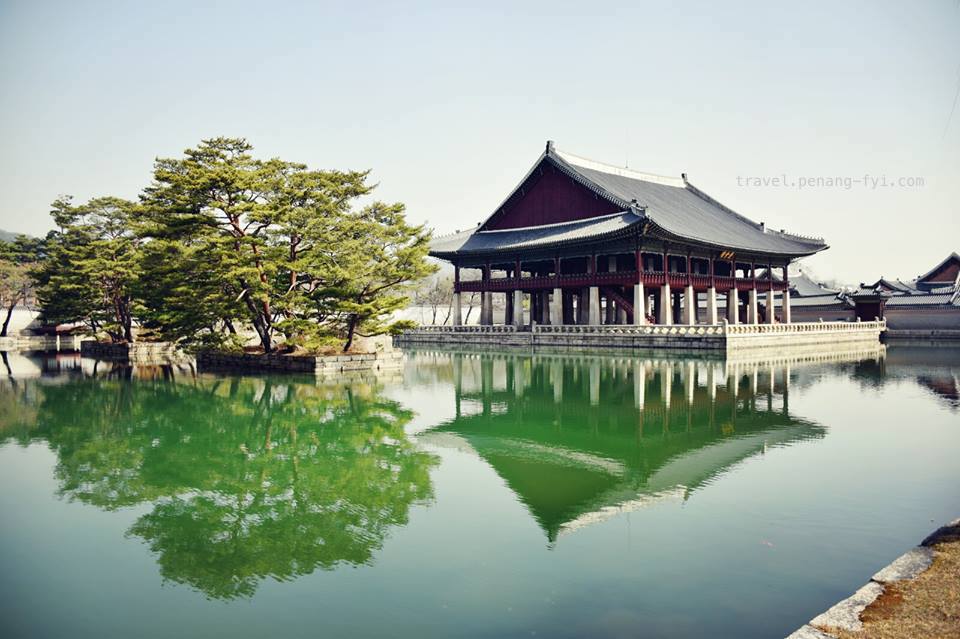 “Surrounded by Gyeongbokgung Palace, Changdeokgung Palace and Jongmyo Shrine, Bukchon Hanok Village is home to hundreds of traditional houses, called hanok, that date back to the Joseon Dynasty. The name Bukchon, which literally translates to “northern village,” came about as the neighborhood lies north of two significant Seoul landmarks, Cheonggyecheon Stream and Jongno…”
Extracted from VisitKorea “Namsan Seoul Tower was the first tower-type tourism spot in Korea. The top of the tower is at almost 480m above sea level, including Namsan Mountain (243m) and the tower’s own height (236.7m), making it one of the tallest towers in the Orient. It is comprised of Seoul Tower Plaza, recently opened to public access after 40 years, and N Seoul Tower, operated by CJ Foodville since 2005. The tower was first established as a broadcast tower to send out TV and radio signals in 1969…”
Extracted from VisitKorea 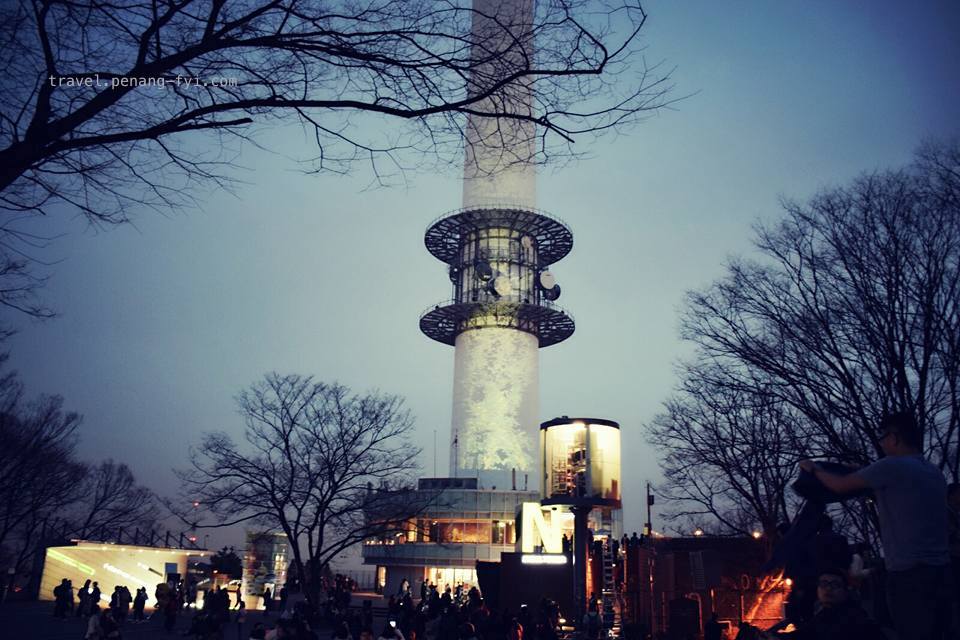 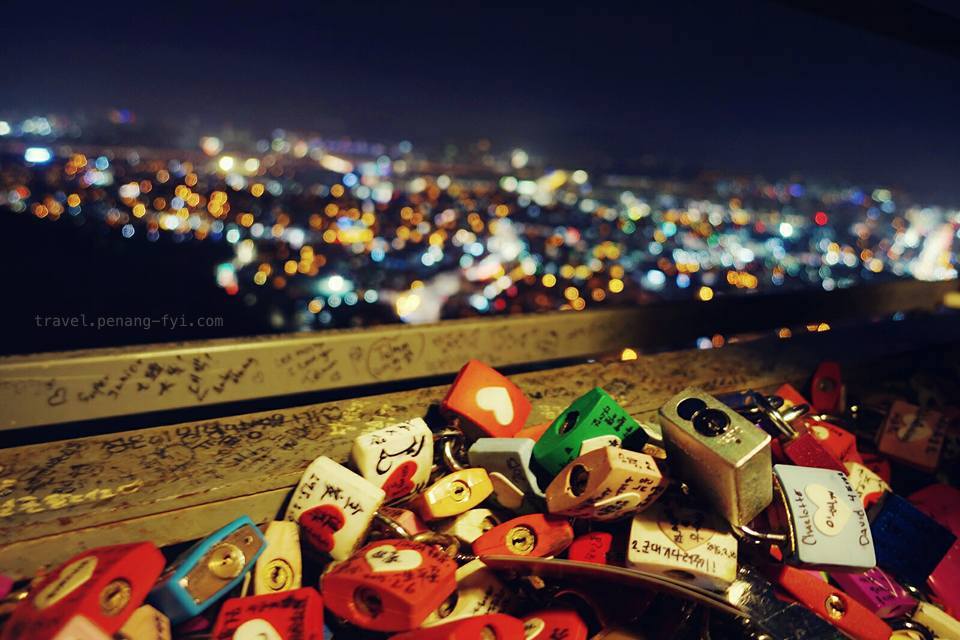 Olympic Park
So, Shinhwa concert was held at Olympic Stadium. Thus I took the opportunity to tour around this park after my Shinhwa concert merchandise shopping. It’s huge to explore! I didn’t manage to explore the whole park. It’ll be better to plan travel route first if one tend to visit.
There are 9 top highlights that visitor should visit: 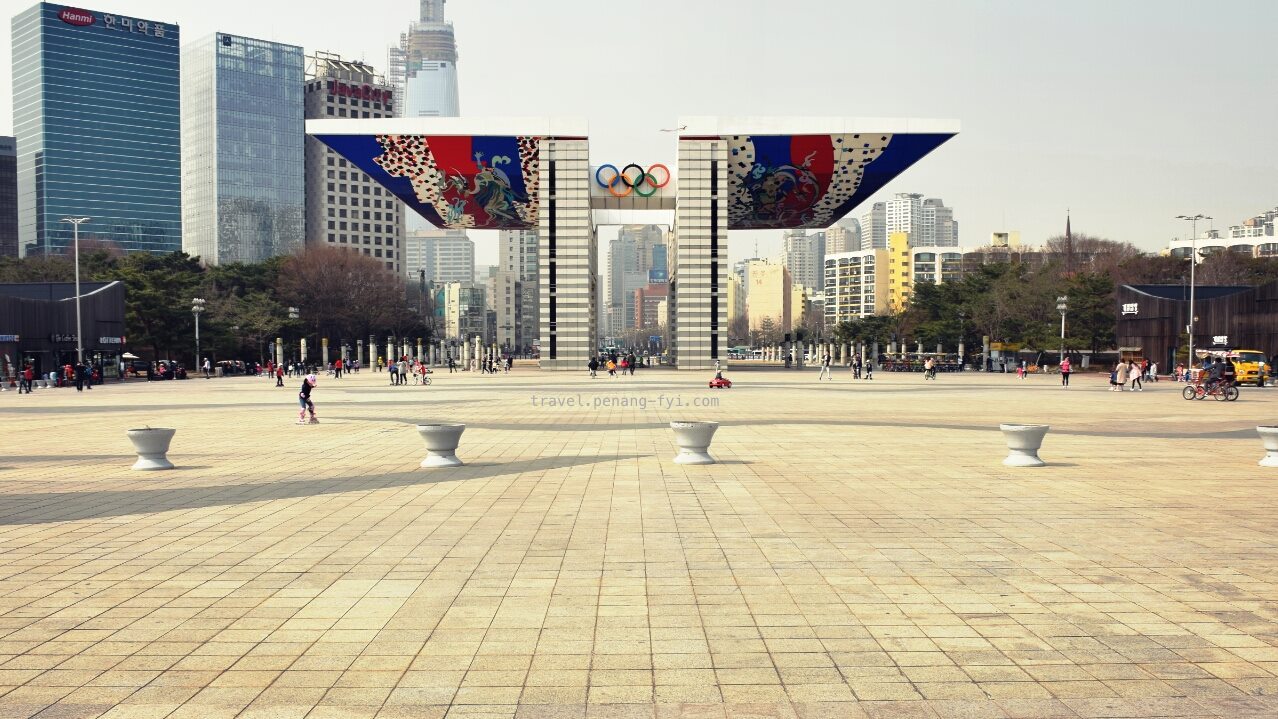 2. The Thumb – An ode to the human thumb magnified in extreme size 3. Dialogue – The sculpture symbolizes the value of dialogue between people 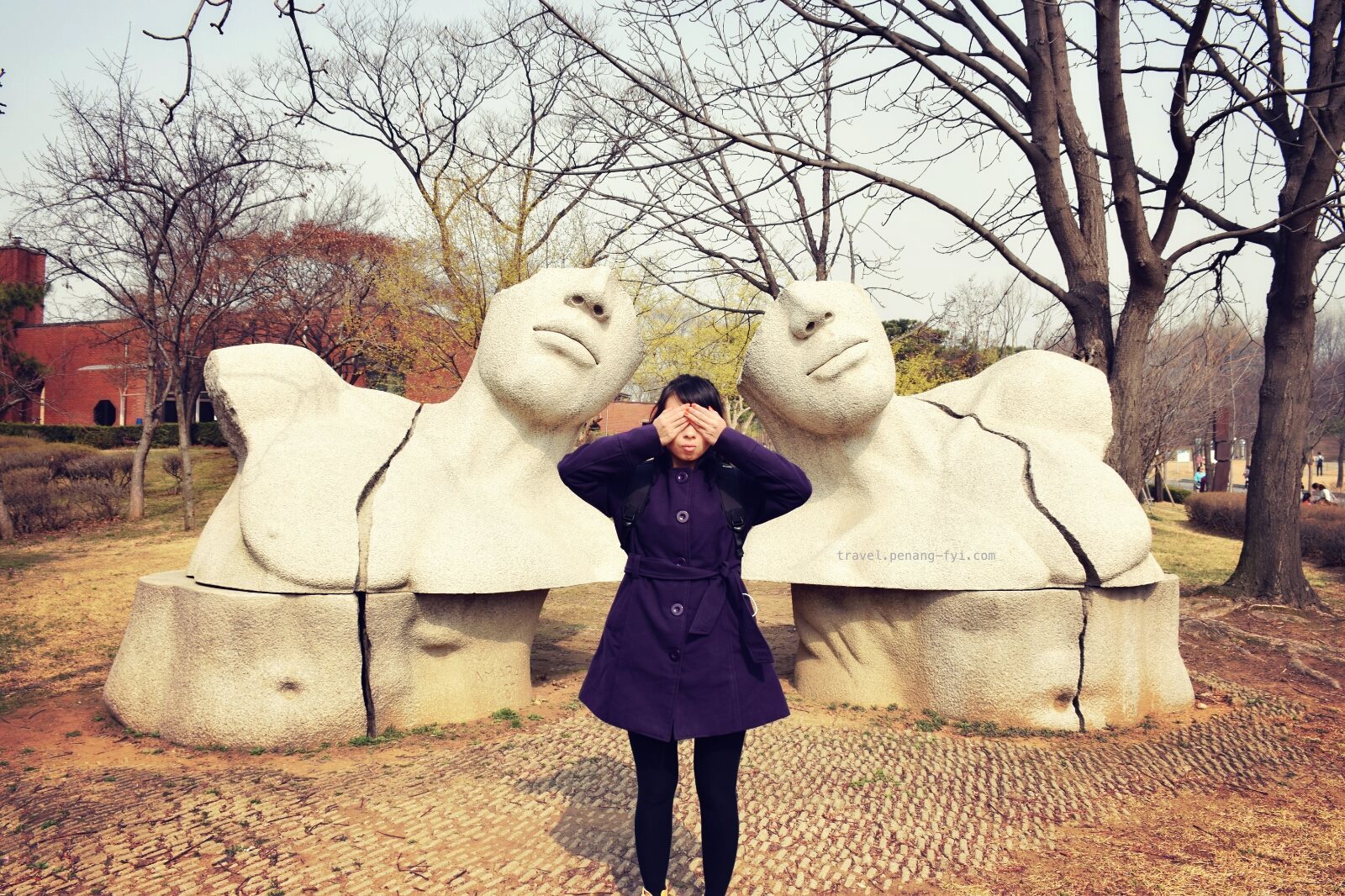 4. One Tree Hill – Preferred as a background set for commercial filming and referred to as ‘One Tree’ 5. 88 Lake – The artificial lake is surrounded by 13 sculptures and its representative one is called ‘Flapping of Wings’ 6. Mongchon Moat Musical Fountain – The musical fountain sprouts water to a maximum height of 30 meters and changes its image more than 14,000 times over 140 different songs

9. Rose Plaza – Over the field of 13,260㎡, it presents various types of garden roses Flying back to Malaysia

**Apparently, Google maps don’t work in Korea. There are no walking and driving directions but you can still look for a location and directions by public transportation. Why? Security concerns. You can try CityMapper.