2012.03.24 marked Shinhwa’s 14th Anniversary since their debut on 1998.03.24. Shinhwa held their return concert on that special day after their 4 years long hiatus due to the member enlistments.

We reached the concert venue, Olympic Gymnastic Stadium quite late, around 11.30am considering I wanted to buy the concert merchandises. The Q to buy concert merchandises Tickets to see the charming 6 <3

It was SO cold that day. It was snowing. Considering it was at the end of winter, I wore lightly! Omg… I ended up buying a jacket nearby.

While waiting for the concert to start, a Shinhwa Changjo of course needs to take a lot of photos with Shinhwa ! ^___^ 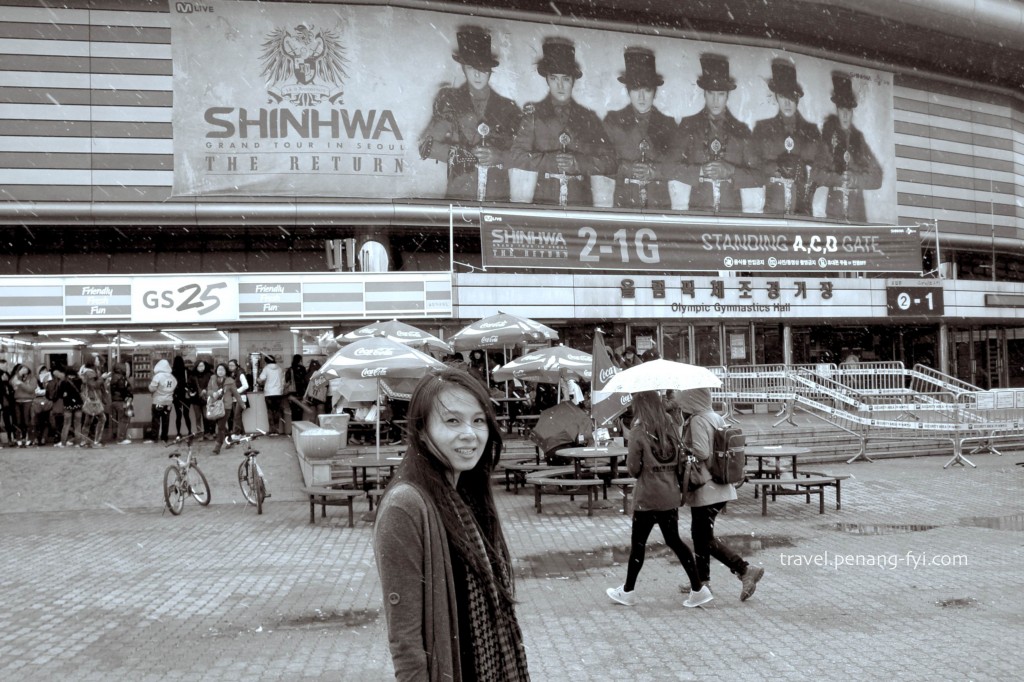 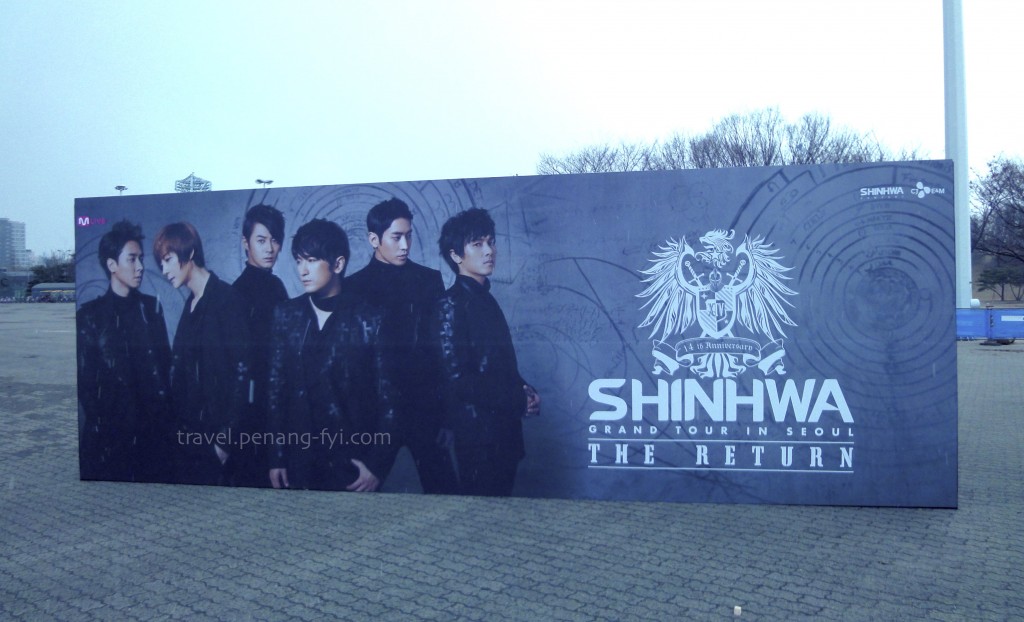 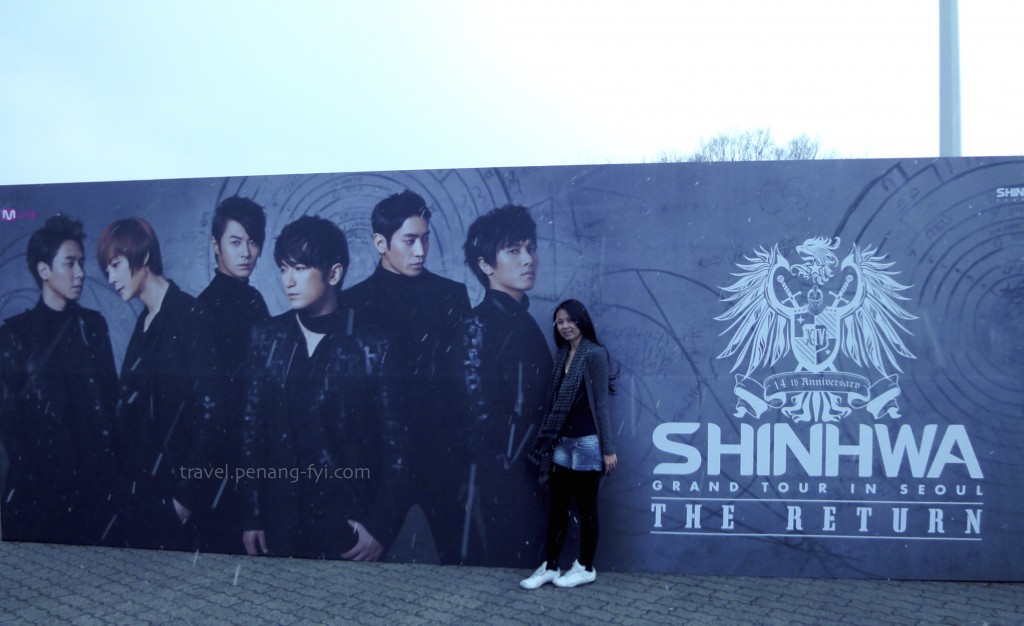 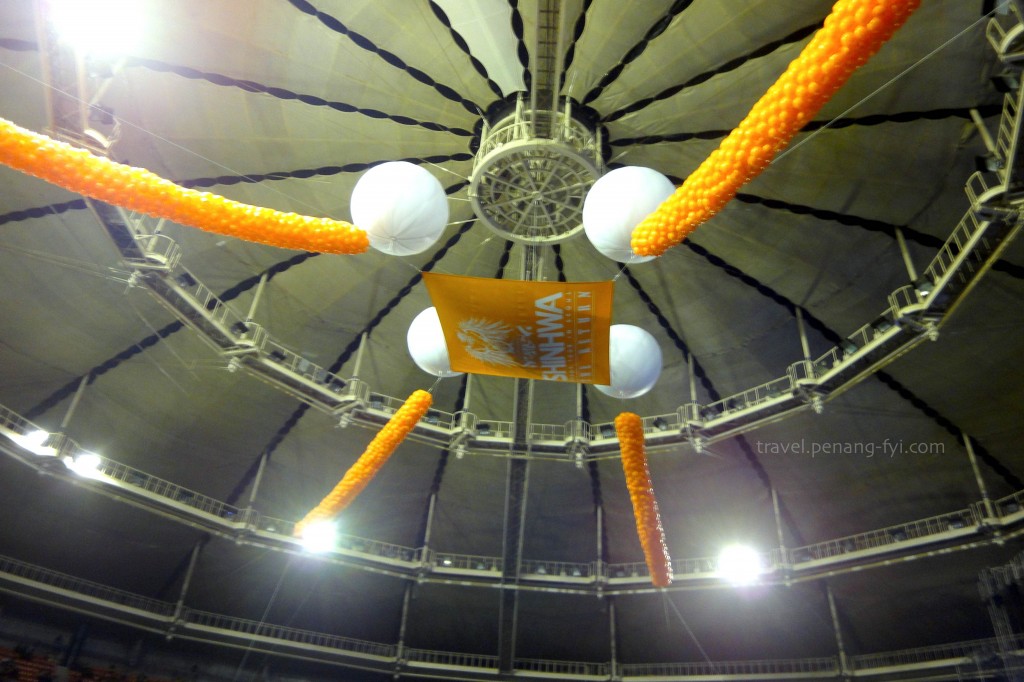 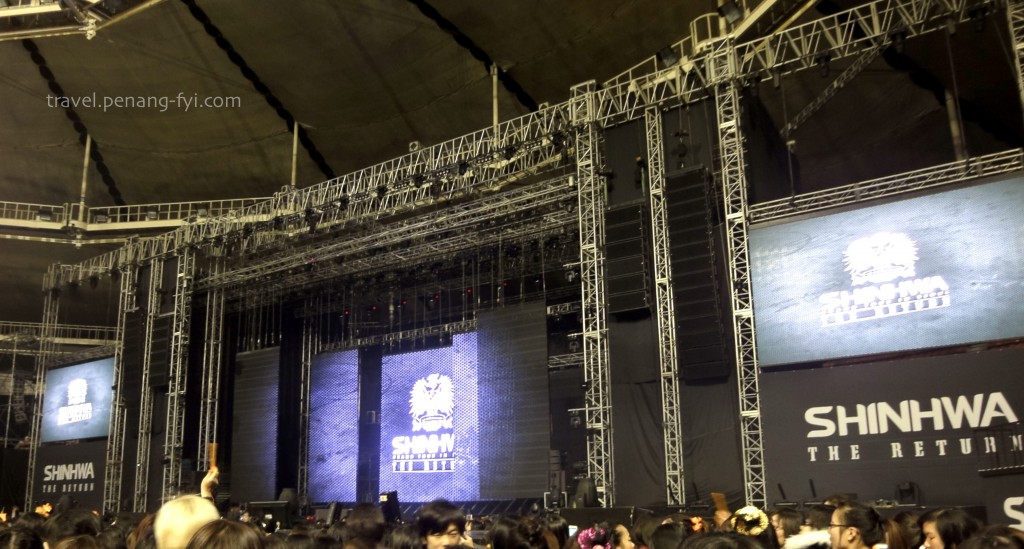 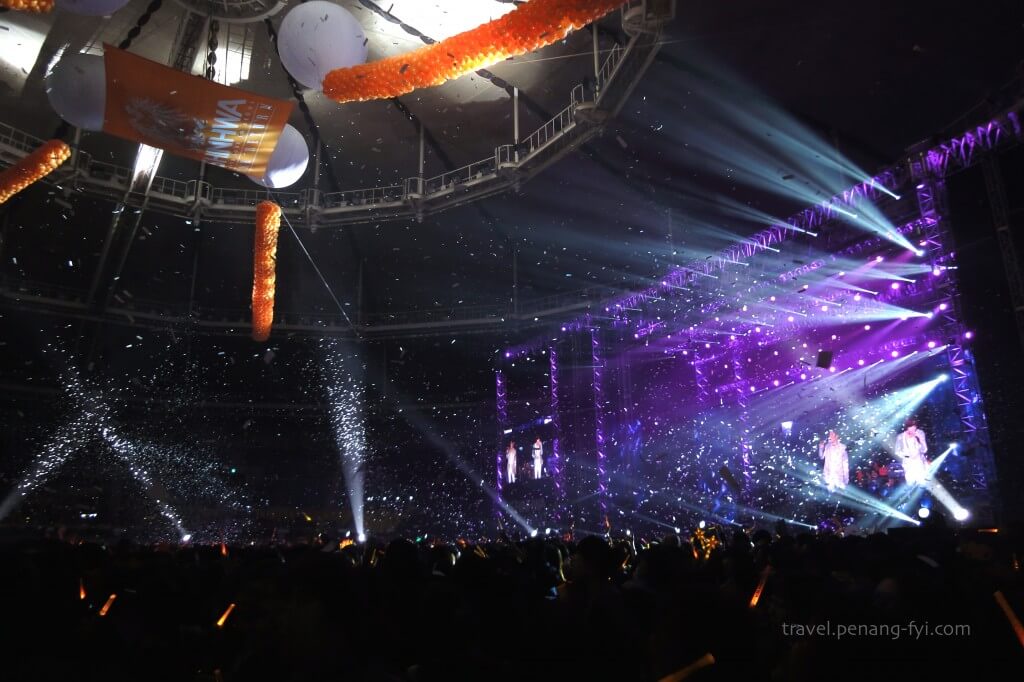 The concert was awesome! I just got stunned looking at Shin Hyesung’s prince face :p. Day 1 I get to see more of Hyesung at the right side of the hall and day 2 I got to see more of Dongwan at the left side <3 Minwoo was perfect making the fans go high. ^^ “Ganji b”

Oh I bought standing tickets for both shows, and wore a pair of 4″-wedges. Oh my legs~! But getting to see Shinhwa so closely, it was worth it, I guess >< 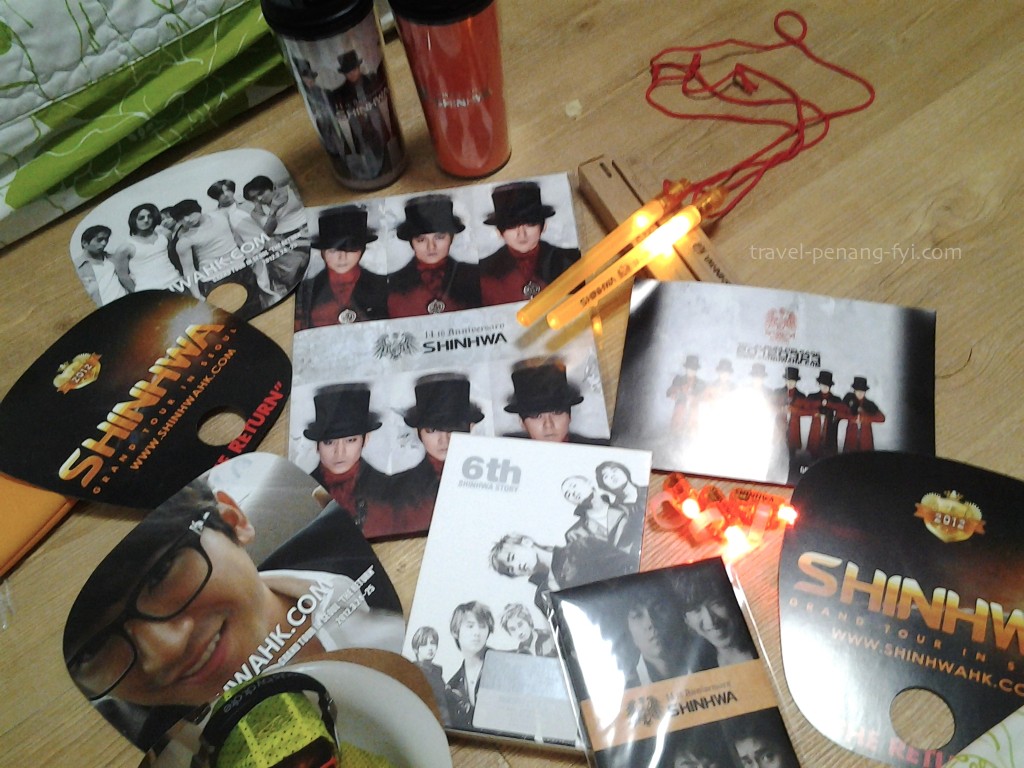